Tarawih is an additional prayer that Muslims offer in the month of Ramadan at the time of isha prayer. This prayer is offered after before the three rikaat witar of isha namaz. There is great importance of taraweeh and we can earn many rewards by offering tarawih. Men offer this prayer in mosques while some offer tarawih at homes too while women pray tarawih at homes. Tarawih is not obligatory on Muslims and many people who can’t offer this prayer due to weakness or any other physical problem don’t pray tarawih.

Rakahs and Sunnats in Tarawih:

There are usually 20 rakahs and 10 sunnats in Tarawih prayer. The sunnats are offered in combination praying of two rakahs in each sunnat.

“I saw what you did, and nothing kept me from coming out to you except the fact that I feared that it would be made obligatory for you.” (Al-Bukhari)

Thus, this hadith tells us that tarawih is the Sunnah of Hazrat Muhammad (SAWW) and it is not farz on Muslims. Furthermore, offering Tarawih prayer also gives us emotional and physical benefits. After iftar when we offer tarawih in isha time, we experience certain up down movements of legs and hands which give us physical strength. Also, offering this prayer makes us feel satisfied which makes us emotionally stable. There is great significance of Tarawih for the Muslims. Firstly, this prayer is offered in the month of Ramadan which makes it very important because Ramadan itself is a blessed month. Secondly, Tarawih gives us great spiritual, physical and emotional benefits that further shows the importance of Tarawih. Furthermore, it is a Sunnah of Hazrat Muhammad (SAWW) and thus, this prayer is very much important for Muslims because of it being sunnah of our beloved Prophet Hazrat Muhammad (SAWW). Thus, this prayer is very significant.

Tarawih is a very beautiful ibadat that connects us with Allah (SWT). By offering Tarawih in the month of Ramadan we can earn great rewards and attain the pleasure of Allah which is most important for us. 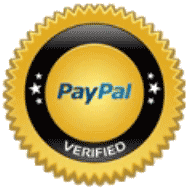